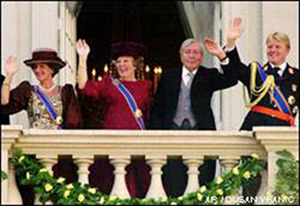 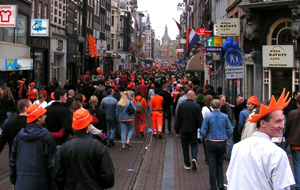 Rotterdam A to Z

Since I came to the Netherlands, I celebrate Queen’s Day and reunion day of South and North Vietnam at the same time, 30th April. The Netherlands has a Royal family with the Queen, princes and princesses. And they have not only Queen’s Day but also Prince’s Day.

There is nothing much that you could do on Queen’s Day except drinking and dancing. It’s just a very open day for everyone. You go out, drink, dance even with people you don’t know. Just having fun. According to me, people seem a lot opener than usual. I myself witnessed a car crash on street on that special day 2 years ago and the drivers just said something like “oh it’s just an accident. It’s ok and Biertje ?” (means “want a beer”). I thought what the hell is going on?

Oh yes of course there is something else that you can do which is shopping for second-hand stuff if you like. It’s allowed for everybody to take a place on street and sell their second-hand things like cloth, CD, toy, even furniture actually almost everything and anything. Honestly I don’t know why selling second-hand stuff has something to do with the Queen??? And I wonder if there is a King’s day when Prince Willem Alexander crowns someday.